Transport Sanctions against Russia and Belarus: Damage and Loopholes

The European Union has imposed extensive transport sanctions against Russia and Belarus to stop unprovoked aggression against Ukraine. Sanctions cause significant damage to the economy of the aggressor. However, Russia is constantly looking for loopholes to avoid sanctions. Therefore, these loopholes need to be subsequently banned completely.

The ban on ships and trucks: how important is it

The 5th package of sanctions includes six points. In particular, the new sanctions impose a ban on:

- access to EU ports for Russian ships and ships under Russian control;

- access to the transport system of the European Union for Russian and Belarusian road transport operators.

Also, there is a ban on:

- import of coal from Russia in the amount of 4 billion euros per year;

- all transactions with four Russian banks, which account for 23% of the Russian financial market;

- participation of Russian companies in public procurement in the EU and any financial support for Russian state bodies;

- imports from the Russian Federation of several goods and raw materials: timber, seeds, seafood and alcohol in the amount of 5.5 billion euros.

As a result, Russia's international logistics received a triple blow.

Firstly, the prohibition of entry by vehicles.

Secondly, on the part of the financial component - the restriction of the work of banks and the complication of transfers.

Thirdly, the limitation and rise in the cost of insurance because of the withdrawal of insurance coverage for carriers from Europe located in Russia by European insurers.

Currently, under the pressure of sanctions, the volume of maritime traffic has decreased significantly, as the EU countries have closed ports for Russian ships. The ban is also applied to ships that have changed flags after 24 February. At the same time, ships carrying oil and oil products, gas, fuel for nuclear power plants, agricultural products, medicines and humanitarian goods can enter the ports. Permits for each such an entry to EU ports will be issued on an individual basis, subject to existing exceptions. Italy, Romania, Estonia, Lithuania, Belgium, and Bulgaria were the first to announce the closure of their ports.

As a result, the decrease in the North-Western of Russua is about 70%, in the South - about 35-40%, and in the Far East there is a slight increase, although in early March the decrease was 10-15%, according to a member of the scientific council of the Russian Association forwarding and logistics organizations of Alexander Tysyachnikov.

The sanctions also hit rail transport. The change in the direction of freight flows caused by sanctions restrictions, the rapidly changing market conditions create an accumulation of unclaimed wagons. Currently, more than 150,000 empty wagons are left on the Russian Railways network without cargo operations.

Actually, for Russian sea vessels, the main difficulty now is the implementation of long-distance routes that requires requests for refueling and maintenance at European ports. Now ships of foreign companies or Russian ships under the flags of other countries will have to operate on such routes, experts say.

With the supply of certain export goods to Europe, such as timber, Russian companies will face difficulties. But the impact will also be on the European countries themselves.

What loopholes did Russia find in the sanctions package?

The first and largest one is permission to transport oil and gas, food and metals. After all, until August 10, regulators in European countries can allow Russian trucks (ships) to enter the EU (to enter the port), when it comes to transporting oil, oil products, gas, titanium, aluminum, copper, nickel, palladium, iron ore, pharmaceutical and medical goods, agricultural goods, nuclear fuel and coal.”

The second one is the change of flag. The total volume of Russian maritime cargo transportation - including exports and imports - in 2021 amounted to 835 million tons. Only 25 million tons out of these were transported under the Russian flag, that is, about 3%. Only under the Russian flag should gas carriers and cabotage transportation be carried out - that is, those that take place along the coast of the country.

The third loophole is the transportation of goods by shipping companies of third countries. Yes, back in March, most of the largest carriers refused to accept cargo, including Maersk, MSC, Hapag-Lloyd, Yang Ming. But service providers from Turkey, China and South Korea continue to work with Russia.

The fourth loophole is trading through platforms near checkpoints. Russian carriers propose to allow European trucks only cross the border with Russia? where goods will be transhipped to Russian transport. Thus, the association "Gruzavtotrans" proposes to ban European carriers from moving through the territory of Russia. Then European trucks will only enter the territory of the Russian Federation with cargo, pay the duty, and then Russian companies will transport semi-trailers or containers across the country. As conceived by the association, this will solve the problem of importing products and will enable Russian carriers to work, representatives of the transport industry believe.

The position of Belarus is similar, which chose a reasonable response to the fifth package of European sanctions. Instead of a total ban on the movement of vehicles from the EU across the border with Belarus, the country will allow entry to specialized points where goods will be transhipped in Belarusian and Russian vehicles. Thus, a complete stop of trade between Russia and the EU across the border will not happen. From midnight on April 16, 2022, the Ministry of Transport of Belarus introduced a ban on the movement of cars and tractors registered in the European Union across the customs border of the EAEU to Belarus. The exception is the following vehicles "through certain checkpoints to specially designated places for the implementation of cargo operations and transfers." The country's customs has already determined a list of places where European transport can go for cargo operations and re-transfer. It has 14 points. The Republic of Belarus has prepared the infrastructure over the past few years, and it has enough customs warehouses on its territory where goods can be transhipped. And the market predicts the following scheme: a foreign carrier delivers cargo from Europe to a customs warehouse in Belarus, unloads and leaves. Then a vehicle with registration in the Republic of Belarus or Russia is delivered, the cargo is delivered to the territory of Russia. This would be an ideal scheme for the market, for cargo transportation, for maintaining the flow of goods from Europe.

How to close loopholes and punish aggression?

All ways to circumvent sanctions must be prevented for them to be effective.

First, it is necessary to expand the list of bans on metals and hydrocarbon cargoes.

Secondly, it is necessary to prohibit the entry of vehicles and ships belonging to Russian and Belarusian individuals and legal entities to the EU - this will destroy the re-registration scheme.

Thirdly, political and diplomatic work with companies from South Korea and Turkey about inadmissibility of assistance in circumventing sanctions.

The set of such measures will increase pressure on the aggressor and contribute to the end of the war.

by Maksym Gardus, expert of Reforms Delivery Office of the Cabinet of Ministers of Ukraine

Find the original publication by the link. 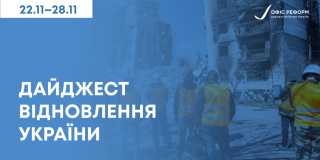 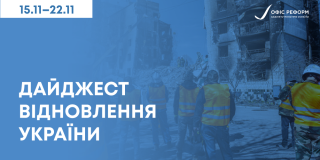 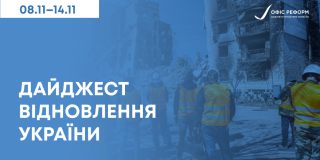