Government's purchase of land as the path to new corruption schemes

Why making the government a major buyer of land is not a bright idea that can give rise to new problems in the land sector.

Opponents of the government's land reform insist that the major and only buyer of land in Ukraine should be the state and suggest creating a state land bank that will lease out land to anyone.

Its advocates like to refer to the experience of Britain or Israel, where all the land technically belongs to the Crown or the Government, and companies can only hold the right to use and rent it. But these are just the examples that must never be borrowed in our realities.

Britain is a monarchy, and Her Majesty the Queen is the nominal owner. Just as a monarch. One can in fact say that there is a market, but the rights of use are sold, and nothing is ever taken away afterwards. This may look like state ownership, but it is a market with far less regulation than in Ukraine.

As far as Israel is concerned, they treat it as part of an expansionist policy because that state is essentially founded on land that used to be owned by Arabs, Palestine. That is, they have a policy of buying land from Palestinians and making it state-owned property. Thank God, Ukraine has no expansionist aspirations. On the contrary, we are defending our territory from the aggressor. So, in fact, it makes little sense for the state to buy land.

Moreover, this is not a very bright idea at all as it can create new problems in the land sector that is intricate enough.

By way of reminder, a state land bank has already had a chance in Ukraine. In 2012, it was voted into existence, got UAH 120 million in budget funds, an attempt was made to organize it as a public joint-stock company that would be granted title to state-owned land. Even 1.6 million hectares of land was inventoried. But, fortunately, this was never finalized: the land bank was just a covert form of privatization of state-owned land because, when transferred to PJSC "State Land Bank," land became its private property. It would then be much easier for someone interested to get it under control.

Why does making the government the major buyer of land look bad to me?

My first answer is that the government is usually a bad owner and manager in our reality. Take a look at state-owned agricultural enterprises that hardly benefit from the land bank, to put it mildly, and suffer from chronic losses. Otherwise, no one would hurry up to privatize them.

You should always keep one simple rule in mind. It is about the property of bureaucrats rather than "state property." Whatever we call state property will ultimately be managed by a bureaucrat. And they are never genuinely motivated to do anything really effectively. They risk someone else's property, not their own. This creates conditions for both an unfair grant of leases and ineffective management. After all, bureaucrats will pursue their own interests or interests of the political actor that has appointed them.

Another answer is that it is not the state but the taxpayers that will be buying land from sellers. That is, the land bank's operations will be funded by the state budget created with tax revenues. And why would Ukrainian citizens need additional purchases of agricultural land? Our budget is strained as it is, with no money to spare, frankly speaking. The Ukrainian state does not currently have any extra money to invest in buying agricultural land. Especially when the government is unlikely to use this land most effectively.

In addition, the rule of free privatization, allegedly enabling every citizen of Ukraine to get two hectares of land from the state, is still in effect. It is nonsense — someone will be acquiring ownership of land on behalf of the state and immediately submitting a request that reads "Give me this land for free!" All this comes down to that taxpayer money will be thrown into the air, creating perfect conditions for scams. After all, this obviously lacks logic — spending taxpayer money to acquire state or communal ownership of land and then giving it away for free.

Why does agribusiness need a land bank to be created or land to be bought by the government?

Agribusiness wants to save on its costs. It wants to avoid the cost of land acquisition, while it could continue renting land cheaply from the state rather than from an individual. All schemes essentially mean that taxpayers should pay for the agribusiness, which wants to get access to land resources without buying land plots for itself. Without spending considerable resources, so to say.

Therefore, this model will not produce any dramatic increase in agricultural performance. Agribusiness has been and will remain lease-focused. That is, agricultural enterprises will not become land owners. They won't keep land as a source of funding, be able to use their right of mortgage with a bank and get loans against such mortgage. So it's just trading bad for worse.

I'd also like to mention that the government has been transferring land to the communities for two years in a row. Instead of selling, it transfers land, enabling them to address local problems themselves. After all, no one stops a very willing community from buying land into private ownership. The local council may adopt a respective local program and use its own funds, among other things, to buy land. The only thing is that the community will not particularly benefit from this. Most rural communities have other things to spend money on, instead of buying land.

05.10.2019
Operation Against Corruption: what SSGCC will undergo and be doing later
More 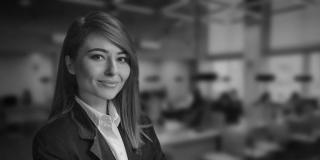