Skip to main content
Home
Canada stands with the people of Ukraine and supports efforts for a secure, sovereign and prosperous future

Canada stands with the people of Ukraine and supports efforts for a secure, sovereign and prosperous future

From July 2 to 4, 2019, Canada will host and co-chair the third Ukraine Reform Conference in Toronto, Ontario.

There will be a ministerial meeting on July 2, followed by two days of discussions at Ukraine House. More than 800 of Ukraine’s friends and partners, including foreign ministers, heads of international institutions, parliamentarians, the private sector, civil society and think tanks, will gather to support Ukraine’s reform process and its path to Euro-Atlantic integration.

Canada is committed to working with the international community and Ukraine toward:

Since 2014, Ukraine has been undertaking reforms to reinforce security, democratic accountability and prosperity for all of the people of Ukraine. The Ukraine Reform Conferences, initiated by Ukrainian Prime Minister Volodymyr Groysman and supported by international partners like Canada, capture Ukraine’s reform process.

Taking place between presidential and parliamentary elections, this conference comes at an opportune time to reinforce the foundations of democratic reform and maintain the momentum created at the previous conferences in London and Copenhagen. The conference will highlight the importance of making the existing reforms irreversible and will demonstrate our support for Ukraine’s sovereignty, security and prosperity.

From July 2 to 4, 2019, Ukraine House in Toronto will serve as a hub for private sector, civil society, government and international partners to connect, network and debate. This space will showcase the progress and impact of Ukrainian reforms and highlight investment and innovation opportunities in this dynamic country in the heart of Europe.

“I am delighted that Canada is hosting the Ukraine Reform Conference in Toronto this year. This is an invaluable opportunity for Canada and the international community to demonstrate our committed support for reform in Ukraine. Together, we will continue to work toward strengthening the rules-based international order and building the future that the people of Ukraine deserve.”

“I am very much looking forward to the Ukraine Reform Conference taking place in Toronto later this year. The occasion presents a great opportunity for Ukraine to come together with our international partners to take stock of the progress we have made to date and to work in partnership on the roadmap that is paving the way to a brighter future for Ukraine and its place in the world.”

Delegations from the following countries will be present:

Delegations from the following organizations will be present: 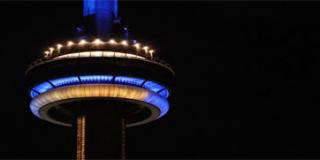