program.kmu.gov.ua – a new website to add transparency in the government’s operation

According to the Facebook page of Dmytro Dubilet, Minister of the Cabinet of Ministers of Ukraine, program.kmu.gov.ua – a new website to make the operations of Ukrainian government more transparent, is now launched.

We have designed a website to make our government more transparent. In September 2019, we approved the Government’s action programme setting out 78 objectives. Each of these objectives has a concept and KPIs to measure its achievement,” wrote the minister.

According to the minister, each objective has an action plan, and minister and deputy minister responsible for its implementation.

“It should be noted that these are the projects that we have put up for discussion before their official approval. Improvements will follow subsequent to discussion with stakeholders,” wrote Dmytro Dubilet.

The minister emphasized that the project was originated and moderated by Prime Minister Oleksiy Honcharuk.

According to the minister, it is for the first time that the Government’s programme has been presented in such a structured and detailed format. 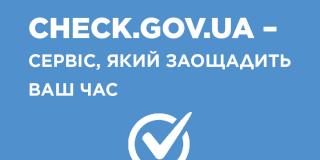