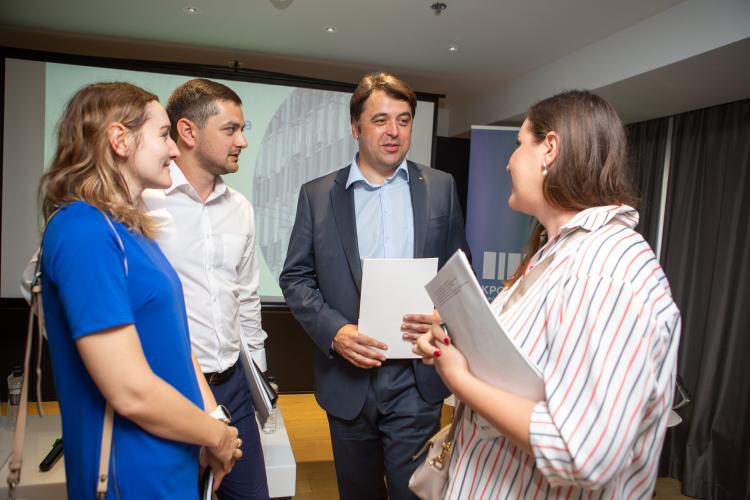 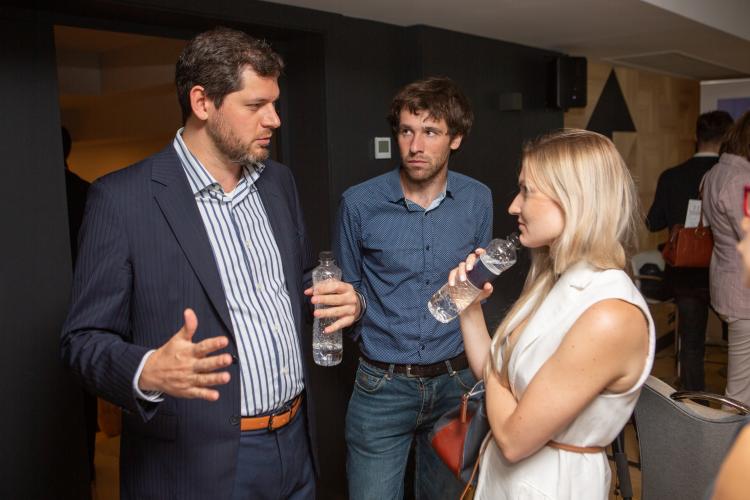 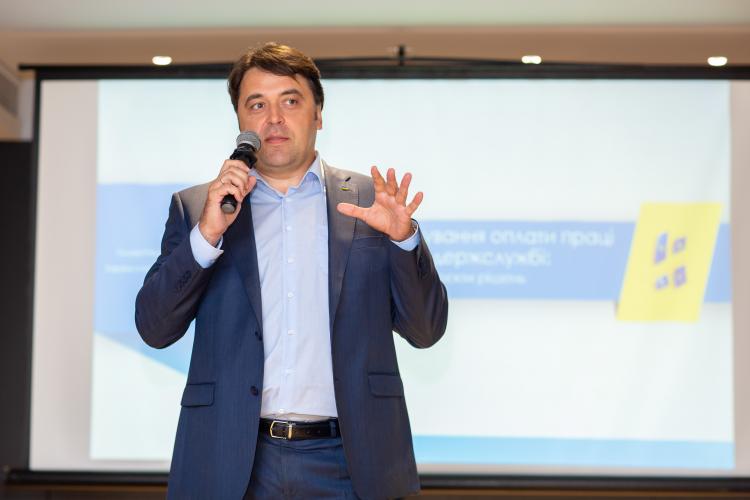 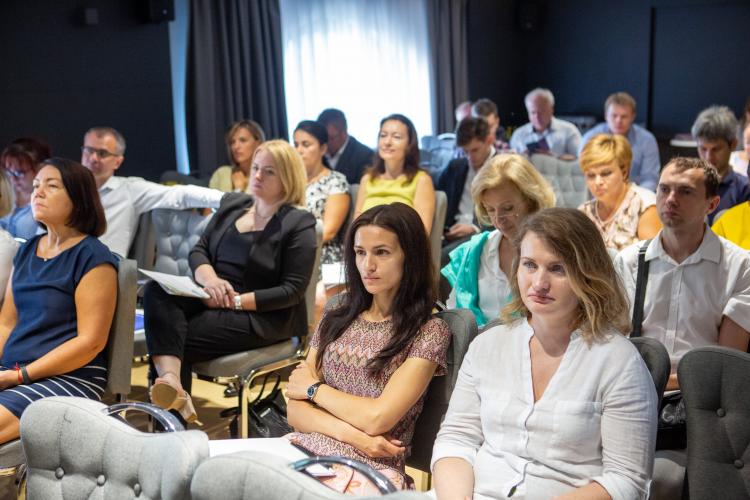 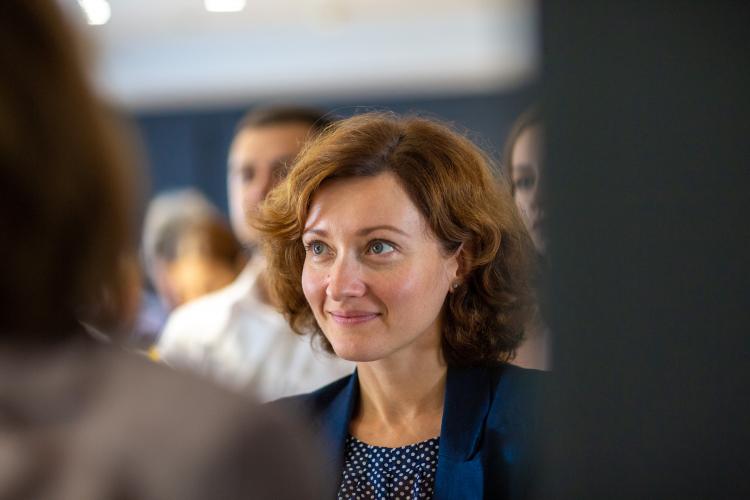 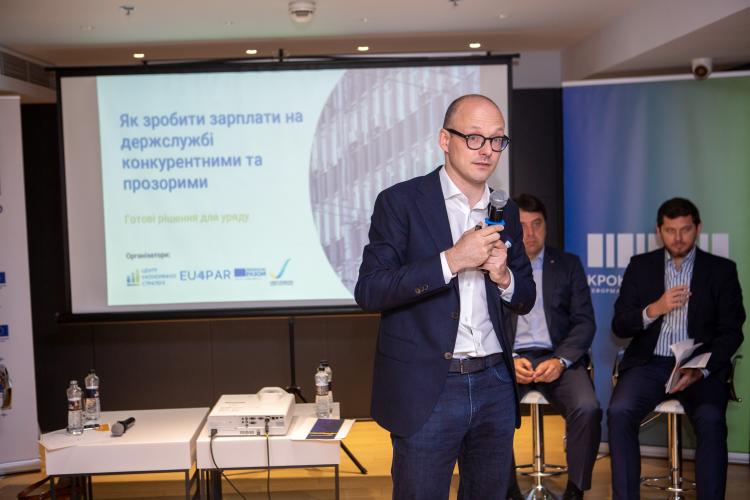 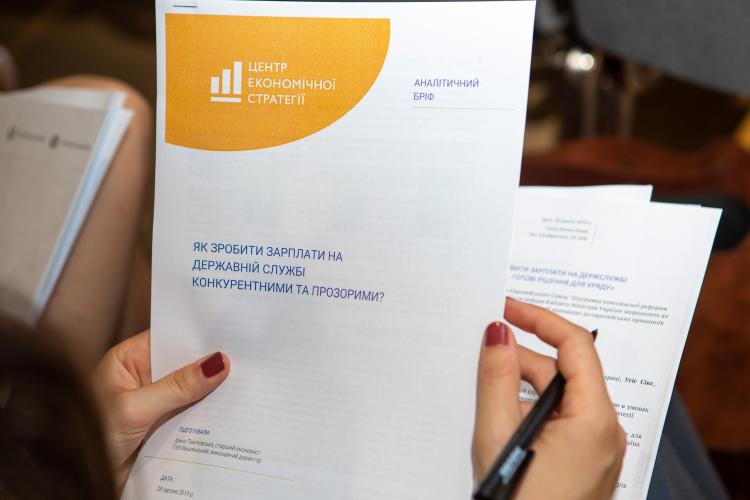 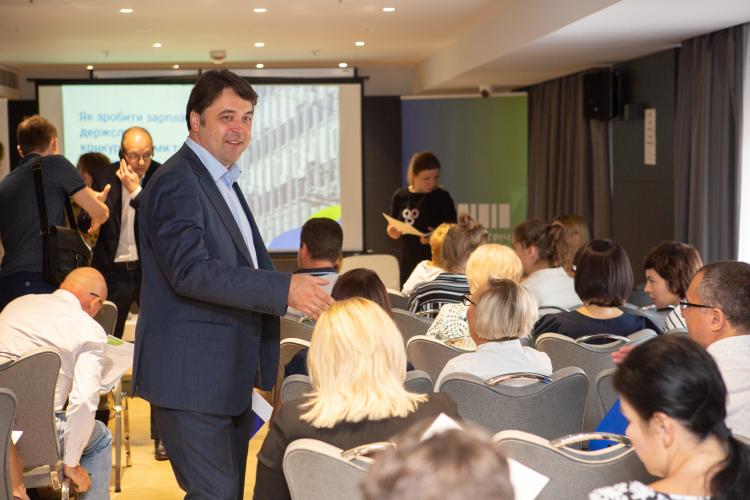 The salary of civil servants should be well perceived by the public and be about that offered in the private sector, says Iryna Piontkivska, Senior Economist at the Center for Economic Strategy.

"Civil servants' salaries should be transparent and clear to the public. And, if not equal, at least comparable to that offered by the private sector. Currently, the structure of compensation of reform experts is most transparent in civil service. There is progress in the right direction, but it should be continued," she said at a round table on "Making Civil Service Compensation Competitive and Transparent — Ready Solutions for the Government."

In addition, according to a study by economists at the Center for Economic Strategy aided by EU4PAR and the CMU Reform Delivery Office and supported by the International Renaissance Foundation, compensation of civil service executives is maximum half of the pay of middle to senior private sector executives.

He added that it is necessary first to distinguish between approaches to assessing salaries for political positions and those for civil service posts because they have different objectives and principles.

"Ministers should only have a transparent and uniform base salary and not receive different extra payments and bonuses on a monthly basis because it is impossible to determine them fairly for such positions. It is necessary to introduce a classification of various functions with respective requirements and salary levels for civil service. This approach will turn civil service in Ukraine into a more competitive and respectable employer and harmonize us with international practices," the expert explained.

In addition, the lack of accurate data on actual staff numbers enables directors of individual government agencies to regularly overstate staffing levels and inflate non-guaranteed payments. To end this practice and use money more effectively, PoClick, an integrated civil servant HR and payroll records system should be launched. It will produce up-to-date and accurate information on compensation and actual staff numbers.

As noted by experts, inadequate compensation for executives and a large proportion of incentive payments prevent recruitment of top-quality private sector professionals whose base pay is up to 100% of their compensation. In addition, budgetary funds earmarked for payroll are used less effectively in the existing system.

"Existing approaches should be revised as another step in building a transparent payroll distribution system. The key idea remains the same — increasing the fixed portion of the salary of a civil servant by enhancing the role of base pay and limiting the variable component by reducing incentive payments," noted NACS Chairman Kostiantyn Vashchenko.

The compensation system has reserves to double the executive salaries within existing budget constraints. For this purpose, we should abolish incentive payments for civil servants, reduce the maximum allowance for length of service from 50% to 30% of the base pay.

As noted by Ilona Sharova, senior HR expert at EU4PAR and Director of HUDSON Ukraine, it is important to create a single directory of civil service posts.

"We first have to understand what we are paying for: functions, level of responsibility, etc. This is our top priority. Addressing it requires a profound and broad classification, creation of a single directory of civil service posts. It will enable us to introduce fair compensation for more complicated and responsible work and a salary for positions with rare qualifications that would be close to market levels. This will facilitate more efficient recruitment of professional staff and ensure the uniformity of standards across job descriptions in different areas. This classification will enhance the civil servants' advanced training and offer much more," she said.

Improving the base pay scheme will make the compensation system more transparent. To achieve this, the study authors recommend introducing a classification of civil service posts by functional areas and activity areas as advised by EU4PAR experts.

"Civil service compensation should cease to be the Achilles' heel. The experience of over 20 EU Member States and those currently taking the European integration path and the OECD/SIGMA principles have been analyzed to work out recommendations for improving the situation. According to recent OECD/SIGMA estimates, compensation is the weakest link civil service," said Ugis Sics, EU4PAR Project Manager. 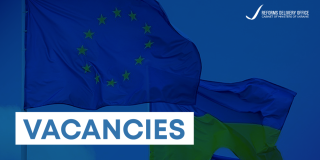 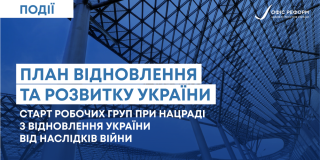 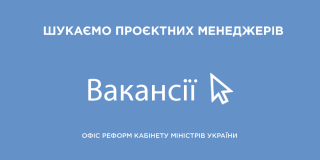