Strategically critical enterprises which are not up for privatization should set up professional supervisory boards that are independent of interfering policy-makers and bureaucrats. According to global business practices, it is these boards that should play the pivotal role in running state-owned enterprises.

Make the management of state-owned enterprises transparent and professional in line with best international standards.

Supported by its international partners, Ukraine launched an ambitious program of public sector reform in 2015. A transparent competitive selection of directors and members of supervisory boards for state-owned enterprises that are of particular significance for the economy The Appointments Committee is part of this reform. Its implementation is primarily guided by OECD recommendations set out in the Guidelines on Corporate Governance of SOEs.

In early 2016, the Verkhovna Rada supported amendments to the Law of Ukraine On the Management of State-Owned Property, which created the legislative framework for setting up independent and professional supervisory boards at state-owned enterprises. Independent supervisory boards were required to take over the strategic management of enterprises, a function previously fulfilled by ministries.

Initially, ministries were responsible for recruiting professionals to supervisory boards, but the influence of bureaucrats on this process and a lack of coordination between the ministries were a big obstacle to progress. During 2017, no supervisory board was created at any state-owned enterprise, and the Appointments Committee that nominated executives to state-owned enterprises was almost dysfunctional. The nomination rules had to be modified, and the Appointments Committee rebooted.

To address this task, a professional body had first to be created as a unit within the Secretariat of the Cabinet of Ministers to coordinate nomination by facilitating effective collaboration with ministries, state-owned enterprises, and executive-level headhunting companies.

The Reform Delivery Office is responsible for supporting the implementation of the public property management reform and the popularization of international best practices of corporate governance throughout the public sector.

So, the Office's experts in cooperation with the Prime Minister's SAGSUR and experts of the CMU Secretariat analyzed the selection process, drafted regulatory proposals (the Procedure for Competitive Selection of Executives for Public Sector Enterprises approved by CMU Resolution No. 777, and CMU Resolution No. 142 On Certain Matters of Management of State Unitary Enterprises and Business Companies Where the State Holds More Than 50 Percent of Shares (Interest) in the Authorized Capital) allowing a reboot of the nomination of candidates and enabling the Government to effectively fulfill its functions as a property owner.

In March 2018, these amendments were adopted by the Government and highly appreciated by Ukraine's international partners (IMF, EBRD, IFC), whose representatives are now actively involved as independent members in the proceedings of the Appointments Committee.

Changes that have been made to the procedure:

Decision-making regarding nominations to supervisory boards and top executive positions at state-owned enterprises was taken away from specific ministries, and the proceedings of the Appointments Committee are now supported by the CMU Secretariat;

A separate professional unit staffed by young and motivated civil servants has been set up at the CMU Secretariat to coordinate nominations;

The membership of the Appointments Committee has been halved, from 18 (9 voting ministers and 9 independent non-voting members) to 8 members, including independent ones;

In place of several selection commissions at ministries, one commission responsible for the initial selection of candidates has been organized within the Appointments Committee;

Leading executive search companies have been engaged to find and evaluate candidates for the purpose of a high-quality selection of professional candidates. 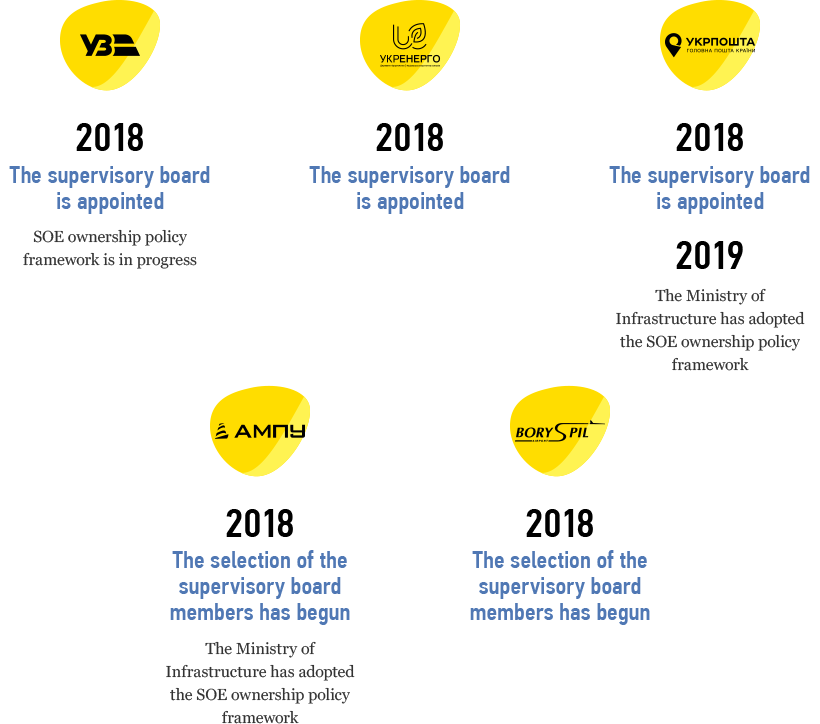 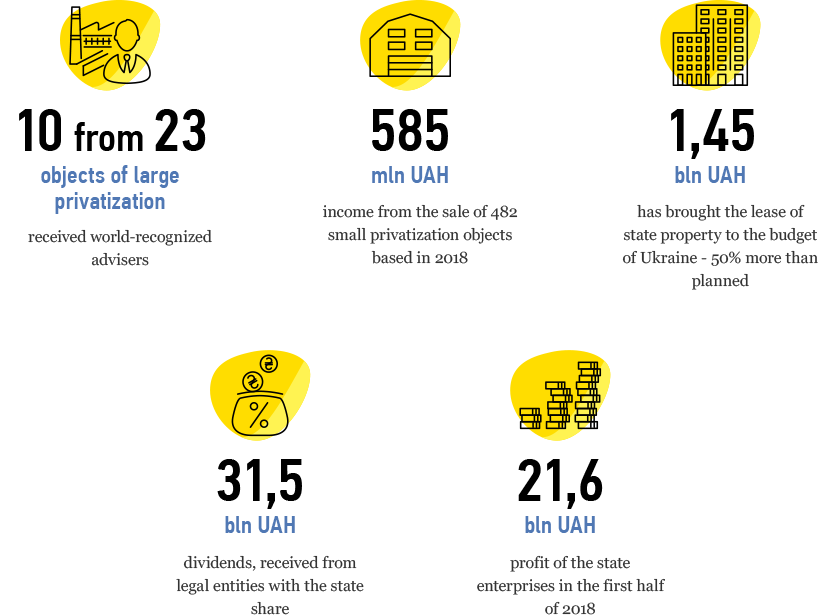 A method for evaluating the performance of supervisory boards should be designed in order to avoid subjective assessments of the activities of supervisory boards and political speculations on this matter. But such an assessment is only possible when the Government is an expert in corporate governance. Currently, the state apparatus and the Government in particular have not achieved this level of expertise yet. Therefore, the centralization and professionalization of state property management and the creation of an effective ownership entity make up promising areas of reform.

Foreign Investors Have Not Lost Their Interest in Ukraine ‒ Rainer Bomba